I have been working primarily in Hadoop and Big Data since 2009, with Java and SQL development extending back to 1999. I have learned some hard-won lessons in the complexity of distributed system development and management, and I am happy to help others benefit from my experience.

PLEASE GET IN TOUCH 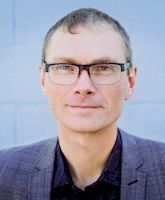 LATEST FROM THE BLOG

Served as technical lead for customer, partner, and AWS teams when delivering projects for AWS customers. Designed data architectures for the cloud migration of data workflows, data lakes, and Hadoop installations, as well as net-new data infrastructure in AWS. Worked hands-on with teams in solving data engineering problems and improving their cloud and data skills. Additionally worked with diverse customer teams to solve networking, security, and identity management issues, often bringing senior leaders to the table to ensure they were on-board with all changes being made.

As internal Team Lead served as formal mentor and coach for up to 3 data architects, and informally to the whole team. Acted as sounding board for architecture questions as well as approaches to consulting and communication challenges.

Contributed to the Amazon hiring process by completing 5 interviews/phone screens per month, helping to grow the Canadian team by 50% in my first 18 months.

Contributing to the architecture, design, and some development towards ingesting data from several large legacy systems into the Data Lake, transforming with Spark, NiFi, and pure Java, and exposing through APIs and a web GUI built on microservices.

Established a ‘Big Data Platform’ as guiding architecture for data applications, and introduced Kafka with Avro to the program, establishing near real-time flows as a key component of the Platform.

Involved in a PoC and eventual integration of Palantir Foundry.

Telus
Converting a batch-based system for TV customer experience modelling to near real-time. Hive over HDFS for static data, NiFi, Kafka, and Spark Streaming for near real-time, SparkML for customer modelling. The work was presented at Dataworks Summit 2017 in San Jose, with slides and audio available: Bringing Real Time to the Enterprise with Hortonworks DataFlow. Key parts are also available as a blog entry: Spark 2.0 streaming from SSL Kafka with HDP 2.4.

Worked as a developer and the Scrum Master for a team of 4-8 developers to support the transition of gbif.org from a batch-oriented, MySQL based system to a real-time processing system based on Hadoop. The system went live in 2013 and has been running on two in-house Cloudera (CDH) clusters. I was responsible for cluster installation, upgrades, maintenance, performance tuning, and was part of the team that designed the architecture of the overall system. I wrote the portion of the system that speaks directly to HBase, including architecting the key and column structure, region sizes, etc. Contributed to all aspects of the Hadoop development, including Hive UDFs, Sqoop-ing in and out of the cluster, Ooozie workflows, custom MapReduce jobs in both versions 1 and 2 (yarn), as well as interactions with Zookeeper and Solr. Served as the primary DevOps liaison between System Administrators and the development team.

Additionally worked to build RESTful, JSON-based webservices in Java to deliver data from both CDH and traditional SQL databases (MySQL, PostgreSQL, PostGIS). These were managed in a continuous build environment using Jenkins, Maven, and Nexus. Helped build the analytics portion of the site in a combination of R and Hadoop.

Responsible for designing and developing services, messaging infrastructure, web and api clients, within an SOA, for a suite of enterprise environmental products. Notable among them are the Velo enterprise carbon management package, and the TalkingPlug energy management hardware devices and software.

Maintained and augmented a private social networking application in the fraternity, sorority and university market, written in Ruby on Rails. Designed and implemented a staged release process around a Subversion server. Technical Lead for a team of 5 comprising front-end, back-end and QA. Prioritized and organized work across the team to meet business goals.

Built a Trade Order Management System for a fixed income trading platform. Built as a service in an SOA environment with connections to Bloomberg, both incoming trades via BTS, and outgoing trades via their Consolidated Message Feed (CMF).

Oliver was core to the developments and operations at GBIF. He managed and oversaw the pre-production and production Hadoop clusters – procurement, installation, maintenance and application deployment. During this time we evolved through CDH3,4 and 5 operating Hive, Oozie, MR1, YARN and HBase. Oliver was involved in design and development of the stream processing, and was a respected and well-liked team lead for the development group – he will be greatly missed

I was Oliver’s colleague at the GBIF Secretariat in Copenhagen from 2010 to 2015 where, as system administrator, I provided support for the development group he was a member of. We’ve worked together very often on various matters including server and applications setup and configuration, and being a very fast learner, Oliver has become quite competent at Linux administration. I would consider him a very good DevOps person, if not for the fact that DevOps seems in my view too diminutive a notion to describe Oliver’s experience.

Oliver is one of the sharpest persons I’ve met, very knowledgeable, dedicated and hard working. He’s got very good communication skills and is now a certified Scrum Master.

Working with Oliver has been a pleasure and I’ll miss his camaraderie and sense of humor.
And his Star Wars jokes 🙂

Oliver is an architect’s architect – analytical, pragmatic, and extremely well versed in current technologies and trends. Oliver works well with a team, patiently encouraging and guiding more junior staff while staying open to suggestions and new approaches. Oliver also has a strong business sense and is comfortable voicing questions and suggestions around not just the ‘how’ of a project but also the ‘why’. The tension this creates between the business requirement and practical implementation is critical to creation of great software, and exactly what a good product manager looks for in a technical lead
I thoroughly enjoyed working with Oliver and strongly recommend him for architect/technical leadership positions.

You can download my CV in pdf format. Recruiters! Please do not submit it for jobs without my permission.

Visit my LinkedIn profile for even more detail.